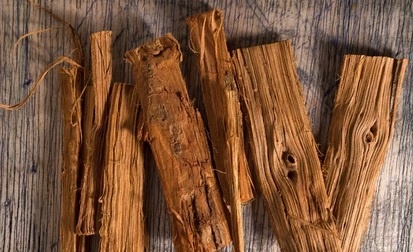 This type of plant originates in the rainforests of the Peruvian Amazon and is up to 20 meters high because it tangles in trees. The name of the cat’s claws is due to the fact that it has thorns with that shape. Most of its active ingredients are mainly concentrated in the bark, although the root is also used.

The use of this medicinal plant, which comes from South America, was many years ago. It was used in tribes (such as Asháninkas) in the Peruvian jungle.

The benefits and properties of the cat’s claws are given by its components: chlorogenic, oleanolic, ursolic acids9, epicatechins, beta-sitosterol, rutin, and alkaloids.

People need to know that this plant can have negative effects because not everyone can tolerate it. In women, this plant is not recommended if they are pregnant or breastfeeding.

It is also not recommended for people who have had an organ transplant or who are taking medication to prevent transplant rejection.

In many countries, this plant is found in the form of capsules, tablets, and extracts. The dose depends on each case. You should see the manufacturer’s recommendations and consult your doctor or specialist.

Any cookies that may not be particularly necessary for the website to function and is used specifically to collect user personal data via analytics, ads, other embedded contents are termed as non-necessary cookies. It is mandatory to procure user consent prior to running these cookies on your website.