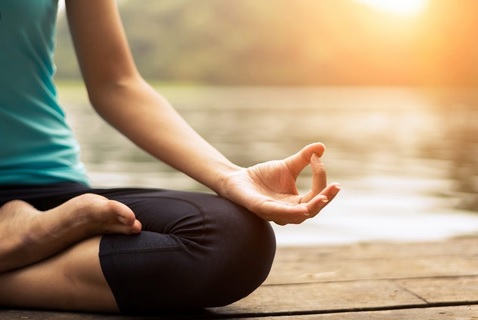 As you already know, new studies have shown that yoga has many benefits for human health. Researchers at the University of Rochester Medical Center in New York, USA, found that certain yoga exercises could help patients who have undergone treatment for cancer, sleep, and rest.

They also say that it is necessary to get good advice before starting such a routine of yoga exercises. Certain types of yoga, such as hot yoga and spin yoga, have movements and postures that may not be recommended in these cases. Researchers recommend people to practice this sport twice a week, at a low intensity, because it can help balance emotions and sleep. Participants managed to reduce the use of sleeping pills by 21 percent, compared to patients who received standard care, who had to increase their use of drugs by 5%.

All these results were published in the Journal of Clinical Oncology. This test involved 400 patients who had cancer and reported sleep problems (which they described as moderate to severe) between 2 and 24 months after receiving cancer treatment.

Also, in this study, a large proportion of patients were women between the ages of 54 and 60 and came from 12 different cities in the United States. 75 percent of them received treatment for breast cancer. Participants were offered regular post-treatment care by researchers to practice 75-minute yoga sessions twice a week for 4 weeks.

The courses could be organized in different centers in the community and were specially designed to improve the sleep of cancer patients. They included elements of Hatha yoga and restorative yoga, mindful breathing techniques, meditation, and gentle stretching.

After completing these tests, it was shown that 90% of the participants who took yoga sessions noticed that they helped them improve their sleep quality, 63% of them even said that they could recommend the technique to other patients who went through a similar situation. In most cases, people suffering from this disease say they have sleep discomfort, which can last for months or even years.

In conclusion, you can try yoga, pamper your body and soul, and maybe this way you can rest better and have sweet dreams.